The Mindinho Cave is located at the south end of Polje de Alvados and is a ponor that leads to the source of Olho de Mira, located northeast of Polje de Minde and inserted in the middle Jurassic limestone.

The latest explorations by Armando Ribeiro, Anton Zhuchkov and Tiago Grosso, from XploraSub - Association of Underwater Studies, in Olho de Mira, during the rainy season, made it possible to dive up to 150 meters deep, with 1000 meters of development, adding another 500 meters of unknown gallery and giving new impetus to the exploration of this system.

Footage of the exploration was taken and in this first viewing we have some exciting moments. The images start at 75 meters deep, when it is necessary to negotiate the passage through a door smaller than 1m x 1m, an interesting sensation at this depth. Another remarkable moment occurred when, at about 146 m depth, Anton's DPV (scooter) broke down.

Later on, an extended version of the film will be available, where you will be able to see the entire route from entering the water to where the cave allowed it.

During the dry season the cave can turn dry until the door, now at a 75 m depth. The existing structures were built to support the pipes for conducting water from the cave to supply the nearby urban fabric, an operation later abandoned.

The cave was well known until this restriction, but XploraSub wanted to know what was beyond the door. Now we know and connecting Gruta do Mindinho to Olho de Mira has become one of our goals. 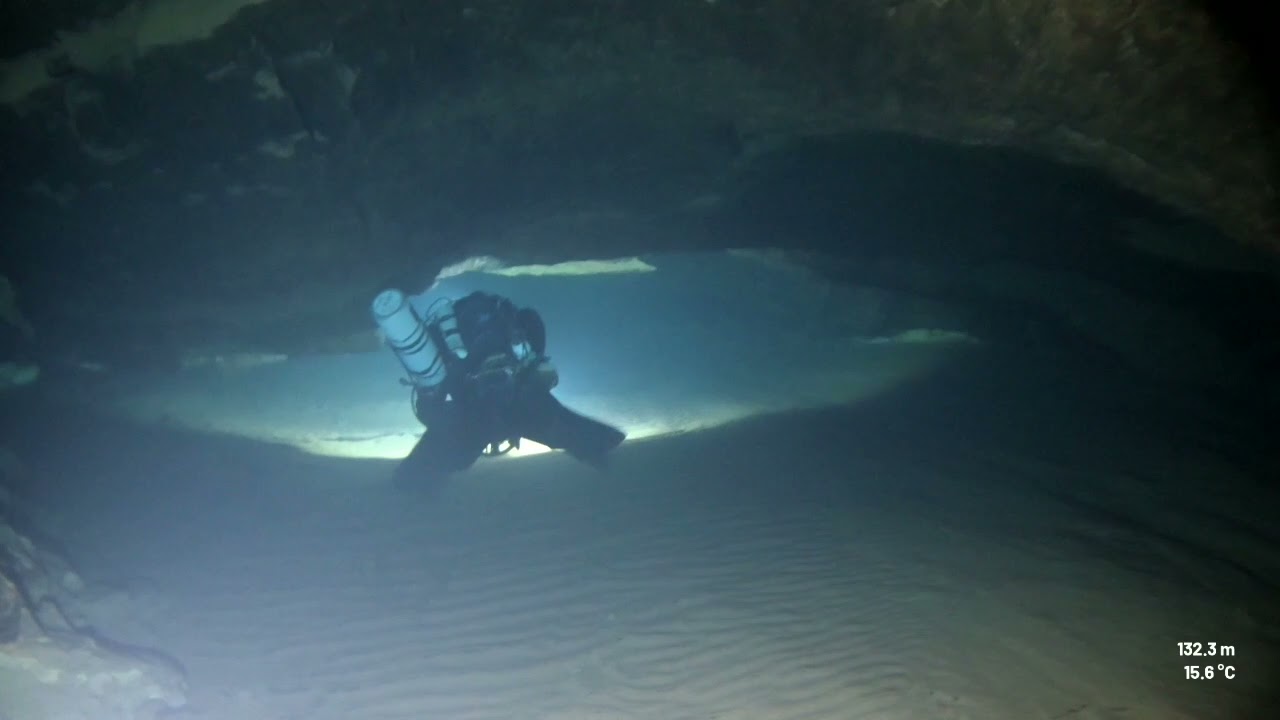 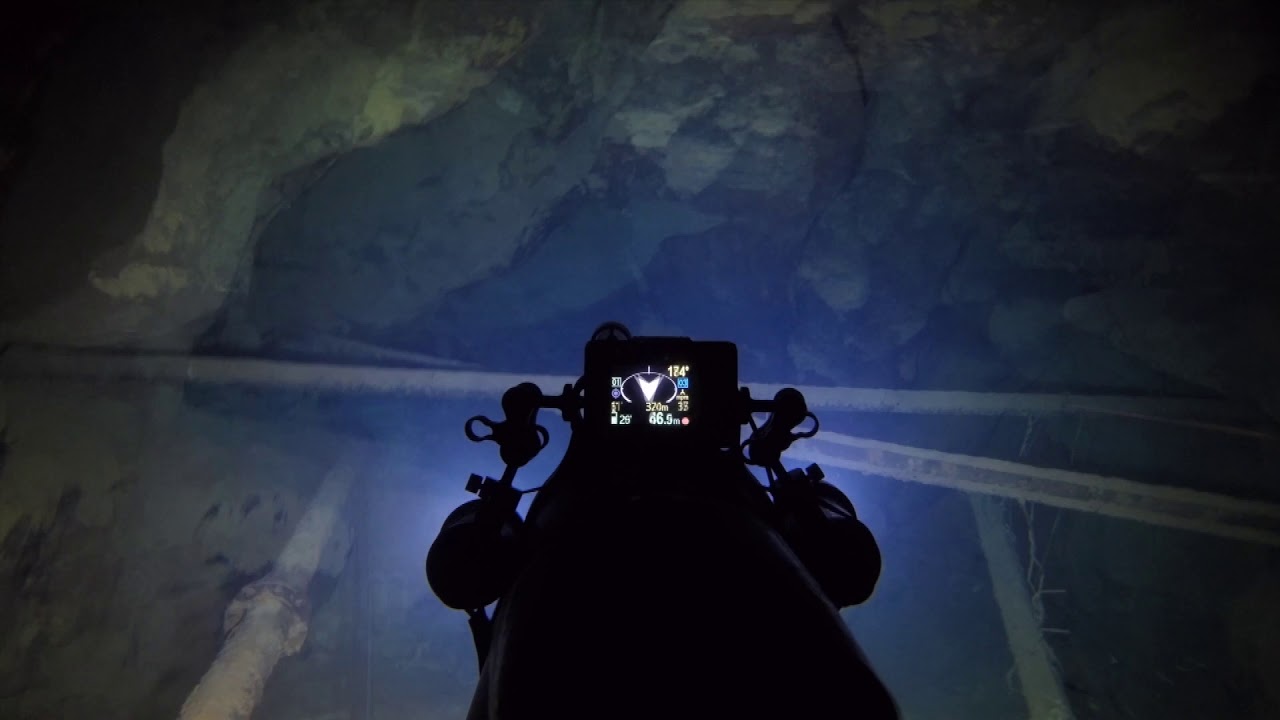 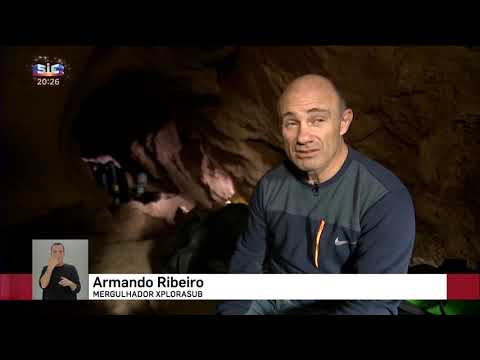 Exploration of the deepest underwater cave in Portugal – Alviela Spring 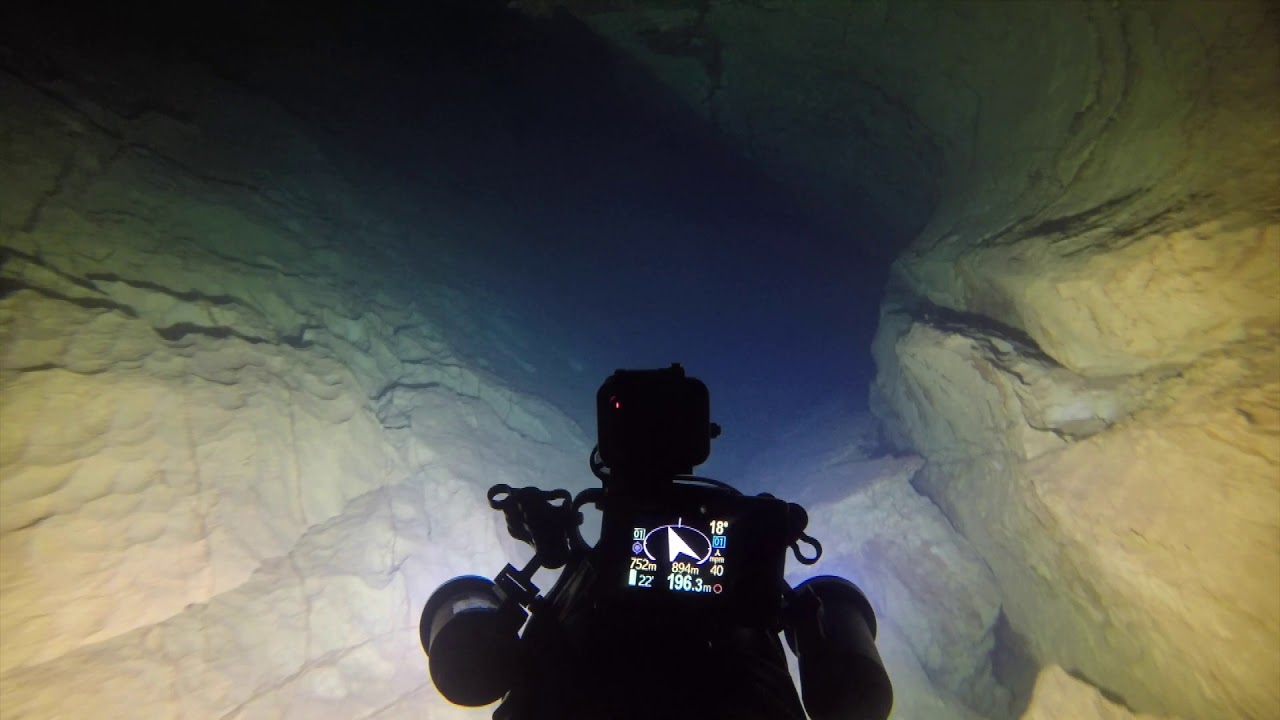 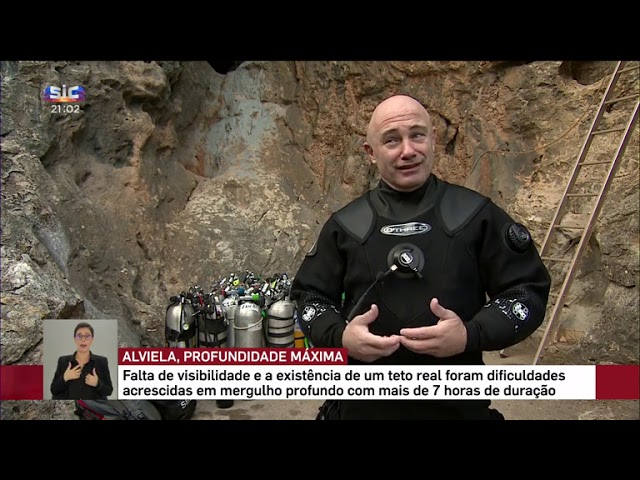 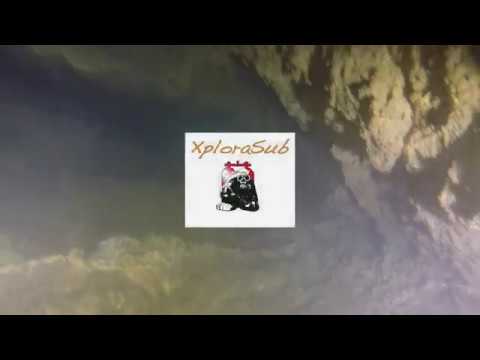